Prophets and Ghosts: The Story of Salvage Anthropology 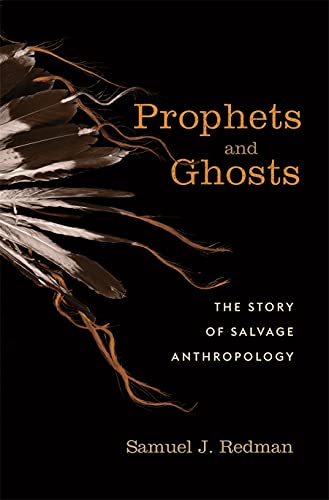 A searching account of nineteenth-century salvage anthropology, an effort to preserve the culture of “vanishing” Indigenous peoples through dispossession of the very communities it was meant to protect.
In the late nineteenth century, anthropologists, linguists, archaeologists, and other chroniclers began amassing Indigenous cultural objects―crafts, clothing, images, song recordings―by the millions. Convinced that Indigenous peoples were doomed to disappear, collectors donated these objects to museums and universities that would preserve and exhibit them. Samuel Redman dives into the archive to understand what the collectors deemed the tradition of the “vanishing Indian” and what we can learn from the complex legacy of salvage anthropology.
The salvage catalog betrays a vision of Native cultures clouded by racist assumptions―a vision that had lasting consequences. The collecting practice became an engine of the American museum and significantly shaped public education and preservation, as well as popular ideas about Indigenous cultures.